What if your future lies in your past?

When Darren Ault meets his friend Lee McCaskill for dinner, he doesn’t expect the second course to be a gunshot to the head. Even more unexpected is the fact that the bullet doesn’t kill him—instead, it causes the rest of humanity to vanish. Darren’s attempted murder has caused a temporal paradox extending back over a thousand years, and now it’s up to him to repair the damage.

Embarking on a mind-bending journey through time, Darren encounters Vikings, a depressed Norwegian silversmith, a cult that believes in salvation through pain, a beautiful Hebridean lass, and Archibald Fischer—the foul-mouthed, Kurt Cobain-worshiping Head Librarian of the Library of Timelines, where all of the possibilities that could ever happen are catalogued, tracked, and managed. 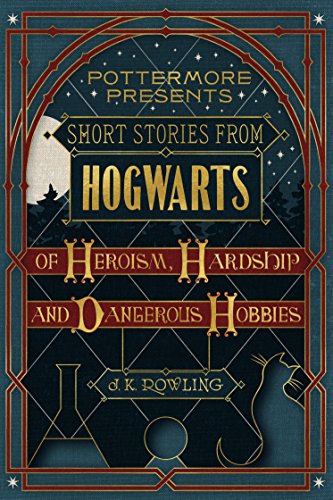 Minerva was the Roman goddess of warriors and wisdom. William McGonagall is celebrated as the worst poet in British history. There was something irresistible to me about his name, and the idea that such a brilliant woman might be a distant relative of the buffoonish McGonagall.’ – J.K. Rowling

Pottermore Presents is a collection of J.K. Rowling’s writing from the Pottermore archives: short reads originally featured on pottermore.com with some exclusive new additions. These eBooks, with writing curated by Pottermore, will take you beyond the Harry Potter stories as J.K. Rowling reveals her inspiration, intricate details of characters’ lives and surprises from the wizarding world.

These stories of heroism, hardship and dangerous hobbies profile two of the Harry Potter stories’ most courageous and iconic characters: Minerva McGonagall and Remus Lupin. J.K. Rowling also gives us a peek behind the closed curtains of Sybill Trelawney’s life, and you’ll encounter the reckless, magical-beast-loving Silvanus Kettleburn along the way. 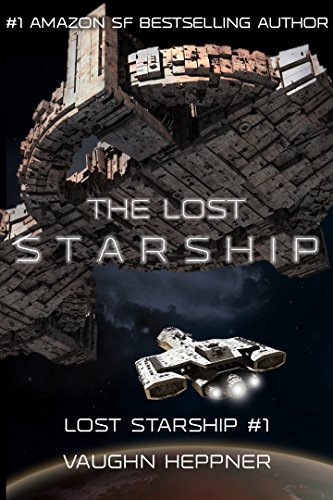 Ten thousand years ago, a single alien super-ship survived a desperate battle. The vessel’s dying crew set the AI on automatic to defend the smashed rubble of their planet. Legend has it the faithful ship continues to patrol the empty battlefield, obeying its last order throughout the lonely centuries.

In the here and now, Earth needs a miracle. Out of the Beyond invade the New Men, stronger, faster and smarter than the old. Their superior warships and advanced technology destroy every fleet sent to stop them. Their spies have infiltrated the government and traitors plague Earth’s military.

Captain Maddox of Star Watch Intelligence wonders if the ancient legend could be true. Would such an old starship be able to face the technology of the New Men?

On the run from killers, Maddox searches for a group of talented misfits. He seeks Keith Maker, a drunken ex-strikefighter ace, Doctor Dana Rich the clone thief stuck on a prison planet and Lieutenant Valerie Noonan, the only person to have faced the New Men in battle and survived to tell about it.

CLICK HERE to Get This Book on Your Kindle Today! (71% Off for a Limited Time!),