Out of work and down on her luck, Lucie Rizzo is forced to do the one thing she’s long avoided—come home to her nutty, mob-infested family. A move that brings her back into the tempting arms of Frankie Falcone, the smoldering Italian ex who’s no stranger to living with the mob.

When Lucie parlays her temporary dog-walking gig into a legit career, Frankie becomes her number one supporter. Suddenly, shaking her mob princess reputation doesn’t seem so crazy…until three of her clients are dogjacked.

Despite help from the on-again, off-again Mr. Fix-It in her life, Lucie is thrown into a criminal conspiracy straight out of a gangster movie. One that, if she’s not careful, could leave her sleeping with the fishes.

Dog Collar Crime is book one in the Lucie Rizzo Mystery series. The other books in the series are:

Thin Line is Ryan’s latest thriller featuring former government assassin Jack Noble as he races from New York to Paris to Washington DC on the trail of a rogue agent marked for termination. When friends can no longer be trusted, and enemies must be, Jack is forced to make a decision that will compromise his integrity, conscience, and his life.

CLICK HERE to Get This Book on Your Kindle Today! (65% Off for a Limited Time!) 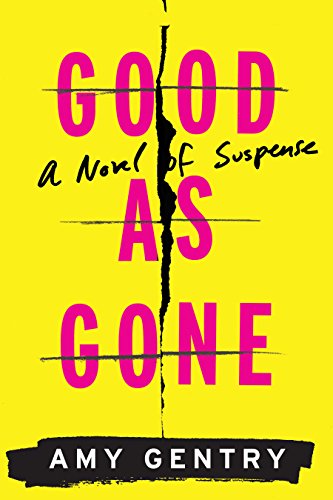 Thirteen-year-old Julie Whitaker was kidnapped from her bedroom in the middle of the night, witnessed only by her younger sister. Her family was shattered, but managed to stick together, hoping against hope that Julie is still alive. And then one night: the doorbell rings. A young woman who appears to be Julie is finally, miraculously, home safe. The family is ecstatic—but Anna, Julie’s mother, has whispers of doubts.  She hates to face them. She cannot avoid them. When she is contacted by a former detective turned private eye, she begins a torturous search for the truth about the woman she desperately hopes is her daughter.

Propulsive and suspenseful, Good as Gone will appeal to fans of Gone Girl and The Girl on the Train, and keep readers guessing until the final pages.

CLICK HERE to Get This Book on Your Kindle Today! (87% Off for a Limited Time!)