The Last Queen Book One

That’s me – the Last Queen. As my life falls apart, I’m forced into a world of dark magic, death, power, and arrogant kings who will do anything to acquire me.

In this violent game, I will need to align myself to live. But, instead, I will choose to fight….

The Last Queen is an action-packed, fast-paced urban fantasy from Odette C. Bell. It’s sure to please fans of The Frozen Witch. 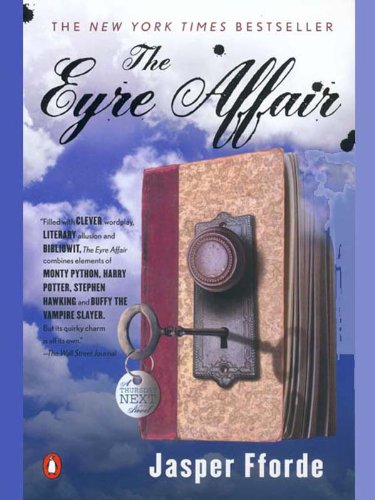 The Eyre Affair: A Thursday Next Novel

Fans of Douglas Adams and P. G. Wodehouse will love visiting Jasper Fforde’s Great Britain, circa 1985, when time travel is routine, cloning is a reality (dodos are the resurrected pet of choice), and literature is taken very, very seriously: it’s a bibliophile’s dream. England is a virtual police state where an aunt can get lost (literally) in a Wordsworth poem and forging Byronic verse is a punishable offense. All this is business as usual for Thursday Next, renowned Special Operative in literary detection. But when someone begins kidnapping characters from works of literature and plucks Jane Eyre from the pages of Brontë’s novel, Thursday is faced with the challenge of her career. Fforde’s ingenious fantasy—enhanced by a Web site that re-creates the world of the novel—unites intrigue with English literature in a delightfully witty mix. Thursday’s zany investigations continue with six more bestselling Thursday Next novels, including One of Our Thursdays is Missing and the upcoming The Woman Who Died A Lot. Visit jasperfforde.com.

CLICK HERE to Get This Book on Your Kindle Today! (53% Off for a Limited Time!) 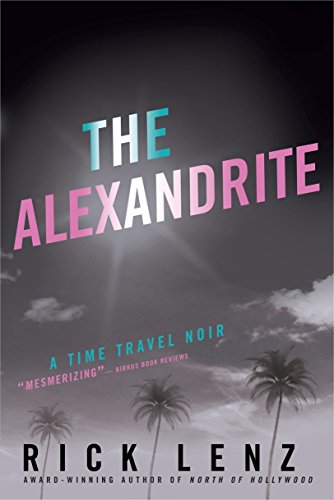 The Alexandrite: A Hollywood Tme-Tavel Noir

Is sleeping with Marilyn Monroe worth getting murdered again?

When Jack Cade, a down-and-out aging Hollywood actor, is fired from a no-pay production of Hamlet, he has no inkling his next role will be opposite Marilyn Monroe – only forty years back in time, in the year 1956.

An award winning time-travel noir that slips between the shimmering worlds of modern and mid century Los Angeles show business.

After Jack’s wife leaves him, he receives an invitation from a mysterious woman to her old mansion deep in the San Fernando Valley. Jack steps through her door and into a world of beguiling physics, magic and travel in time. Through a dark whirlwind of events, he meets Marilyn, gets killed (more than once) and emerges with the alexandrite ring – a jewel that will change his luck and destiny.

How many lives will he have to blow before getting it right?

After NORTH OF HOLLYWOOD, Lenz’s award-winning memoir about show business and addiction, comes another enchanting novel written with a sure hand and a knowing eye. Kirkus Reviews called this genre-bender a “mesmerizing story.” Indead, The Alexandrite is a bold, kaleidoscopic novel that glimpses at Hollywood’s past and present through the lenses of time travel, hypnotism, gemology and Marilyn Monroe’s haunting blockbuster “Bus Stop”.

CLICK HERE to Get This Book on Your Kindle Today! (69% Off for a Limited Time!)