Get ready to meet Jase, Kieran, Zade, and Issik, the last dragon descendants in this Reverse Harem.

Olivia Campbell’s life gets turned upside down when her mother suddenly passes away. Left with only a stepdad who despises her, she turns to the streets. Penniless and alone in the Chicago winter, how much worse can it get?

She is about to find out.

A chance encounter with a stranger who has the most breathtaking violet eyes changes her world. Just a warm smile and a quick flash of dimples is all that it takes to capture her interest in Jase Dior. Olivia wonders if her luck has finally returned.
She soon finds out that Jase collects things—pretty girls to be precise. A glimpse of her sultry honey hair in an alley excites him. He must have her. And he isn’t taking no for an answer.

Jase sweeps Olivia off the streets to the Veil Isles—a mystical and hidden land uncharted by any mortal and ruled by the only dragon coven left in the world.

What the he11 did she get herself into? 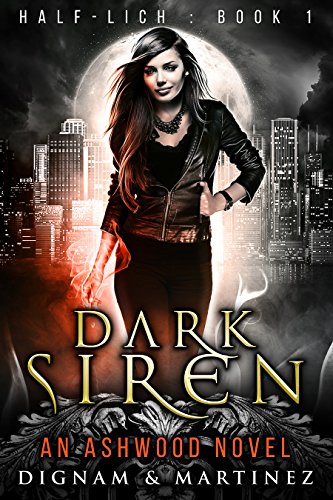 Supernatural bounty hunter Alice Werner loves her job. She gets paid the big bucks to take down her targets and doesn’t ask her clients too many questions as long as the money’s good. But when a girl goes missing and the case feels all too familiar, Alice can’t help but act.

Concern for the girl’s safety draws her into a risky case. Compassion keeps her involved when the stakes begin to rise. Desperation forces her to call on an old flame for help. Despite their unfinished past, Alice and Isaac Moreau, a prominent Mage, must work together to save the girl.

When clues reveal more than meets the eye, Alice must face her deepest fears and confront demons from her past to protect the victim, and herself, from a fate worse than death.

Dark Siren is the first book of the Half-Lich Urban Fantasy series, a collection of tales set in the grim, unforgiving metropolis of Ashwood. This is a supernatural thriller like no other. If you like mysterious supernatural creatures, fast-paced suspense, and conflict-ridden romance, then you’ll love Dignam and Martinez’ otherworldly series starter which early reviewers are comparing to works by Patricia Briggs, Ilona Andrews and Ella Summers!

CLICK HERE to Get This Book on Your Kindle Today! (79% Off for a Limited Time!)

Infernal Magic: An Urban Fantasy Novel (Demons of Fire and 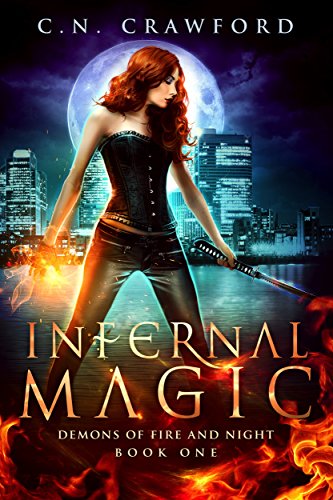 She’s forgotten her past. Too bad her past won’t return the favor.

Ursula can’t remember a single thing from before three years ago, so she has to keep her life simple. All she wants is to earn enough money for rent–and maybe a bit left over for a new pair of boots.

But on her eighteenth birthday, all hell breaks loose… quite literally… when a hellhound shifter shows up in her kitchen. Kester’s lethally gorgeous, and he’s come with a terrifying message: Ursula owes her soul to a demon.

No one seems to care that she doesn’t remember striking that deal.

Thrust in the middle of a demonic war, Ursula fights her way across New York–and through the fae realm to survive. Along the way, she must reclaim her magical knowledge and her long-forgotten skills with the blade if she wants to escape eternal damnation.

CLICK HERE to Get This Book on Your Kindle Today! (77% Off for a Limited Time!)